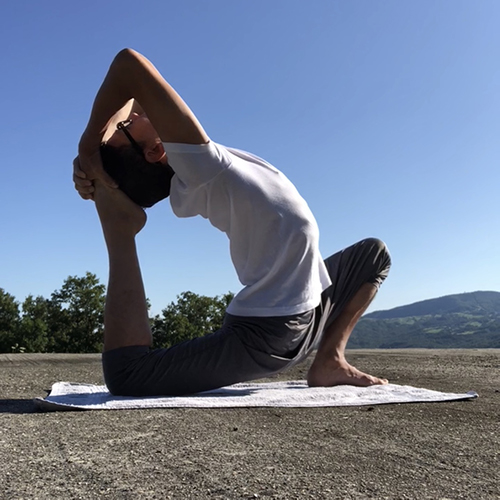 Mark Kan is an English Yoga teacher from London and has been practising and teaching yoga for over 20 years.
Mark’s teachings are rooted in the classical hatha raja yoga tradition, encompassing all aspects of the science of yoga – from the physical to the mental and spiritual.

Originally a certified Sivananda Yoga teacher, Mark began teaching Dharma Yoga in London in 2008, and was instrumental in establishing this practice in London’s leading yoga studios and has inspired many of his students to become yoga teachers themselves. For several years he was a mentor on the Dharma Yoga teacher training programmes in New York before he established his own teacher training programmes which he leads in the UK and Italy.

Mark is the author of The Complete Yoga Tutor, published in 2013 and translated into several languages including Italian: Yoga Tutor / Guida teorico-pratica.