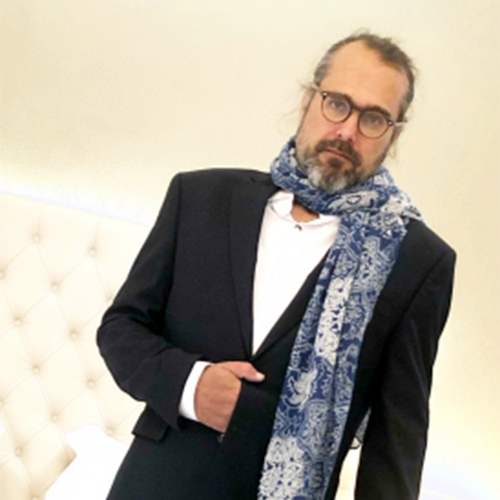 Born in Rome on April 21, 1973, Yari Carrisi Power is the second child of Albano and Romina Power.
Growing up in a decidedly artistic and lively environment, from an early age he showed a marked talent for music, photography and travel. Very soon he started playing guitar and piano and composing songs.
After studying musical anthropology at Berkelee he embarks on long journeys, often alone, in search of the music of the world. After a special meeting with the poet Allen Insberg he goes to the sacred Mount Kailash in Tibet and begins a series of pilgrimages far and wide in the Indian subcontinent which becomes his second home.
During his career he has collaborated with Italian and international artists, such as Renato Zero, Jovanotti, Umberto Tozzi, Sean Lennon, and Alterisio Paoletti, composing and recording music for his records, those of his parents and other artists.
His new project, a travel program called YARYATRY, is in development. In Sanskrit, the native language of most European languages, Yari means Friend and Yatri is a pilgrim traveler.

Bhakti Music
Yari Carrisi Power and Jim Beckwith, a recently formed duo, combine original compositions with world songs in various languages ​​including Italian, English, Spanish, and Sanskrit, the mother tongue of most of the world’s languages.

Music as a tool to raise the vital state of those who feel its vibrations.