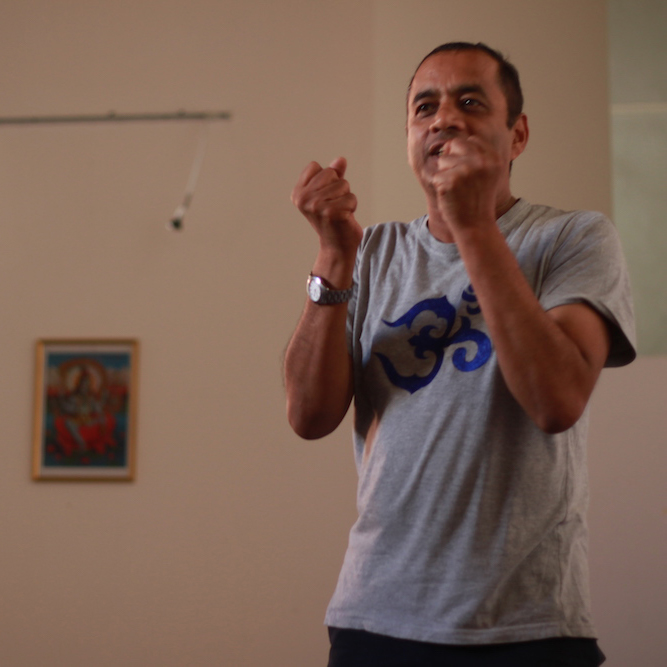 Graduated in Natural Sciences from the University of India, Graduated in Ayurveda Medicine from the University of India.
Diploma in Yoga at the Vivekananda Kendra (Yoga Research Institute) in Gwalior and Kanyakumari, India.
Specific experience in the Yoga and Ayurveda sector over several years of professional activity. Practice and volunteer as a Yoga teacher – at Vivekananda Kendra (Vivekananda Yoga Research Institute, one of the three major Yoga research schools in India.
He worked as a Yoga trainer and consultant in Ayurveda – Chandak Arthropaedic Hospital, Gwalior India with the position of clinical director – Ayurveda & Yoga Research Center and Ayurveda Health Home, Kathmandu, Nepal.
Since 1998 he has been in Italy, in Bologna; he activated himself in Yoga and Ayurveda, in collaboration with the Himalayan Research Institute in Ayurveda and the National Association Italy-Nepal Bologna.
He has held hundreds of conferences, seminars, workshops and courses on different aspects of Yoga and Ayurveda in Bologna, Modena, Reggio Emilia, Pesaro, Ferrara, Cremona, Verona, Padua and Treviso. In Europe, Germany and Prague.