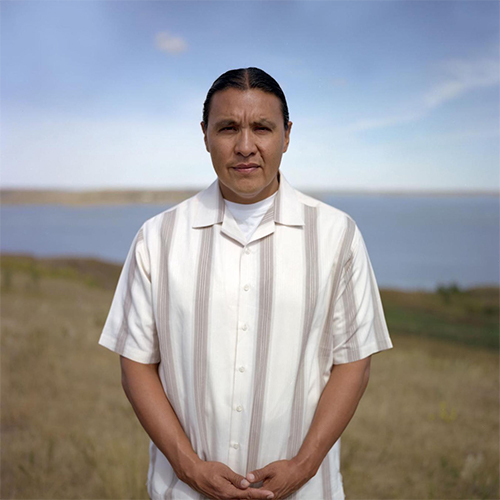 Chase’s distinguished career fighting for the civil rights of Native Americans includes serving as lead local counsel in the Dakotas for the Lakota People’s Law Project, co-founding the Native news website LastRealIndians.com, and work in the Native Lives Matter movement.
Chase was raised in the ancient tradition of the Lakota ceremonial protocols. The ways of the Lakota people evolved over unknown time yet the substance has carried through to now, surviving colonial extinction. Indigenous practitioners have been deliberately discredited by Western cultural mythologies Chase learned in the institutions of the Western world.
Chase holds bachelor’s degrees in political science and American Indian studies from the University of North Dakota, and a Juris Doctor of Law degree with an emphasis in Federal Indian Law from the University of Denver’s Sturm College of Law.